Guide on Bitcoin Mining: Tips To Understanding How It Works

Learn how to mine bitcoins in our guide on Bitcoin mining, as well as the other elements that influence Bitcoin mining profitability.

Finance continues to evolve at a rapid pace as technology advances. As long as you are online, you can make money. But the world is searching for new ways to invest money today, and Bitcoin has become a prominent indicator of that desire.

You can buy bitcoin on crypto exchanges. But that's just one way to buy it. You can also mine it. Bitcoin mining can be done on the blockchain. It is a far cry from mining for gold in rivers or deep within caverns.

Mining is the process that involves solving cryptographic equations by using powerful computers. You can become a Bitcoin mining expert if you have a huge computer system with all the software needed and enough electricity. Our Guide for Mining Bitcoin: Understand How It Works will help you learn the complete process of the world’s oldest cryptocurrency.

To fully understand bitcoin mining, one must understand the inner workings. Bitcoin is not tied in any way to any country. Instead, Bitcoin is 100% decentralized and powered using complex algorithms on powerful computers. To solve these problems and reap the rewards quickly, you'll need huge computational power.

Bitcoin mining is a way to obtain digital assets without buying them; instead, it allows you to create new Bitcoins and contribute to the blockchain ledger.

A key component to bitcoin technology's success lies in its accuracy and the steady release of new currency over time. Mining fulfills both these tasks by helping miners discover bitcoins and then obtain them by completing specific tasks.

It is crucial to understand other factors that impact profits from the Bitcoin business before you analyze which device is most suitable for your needs. You can check out the goldshell kd-box. It’s a small, quiet, energy-efficient miner for the home or office.

The blockchain is the foundation of all mining. It is an online, decentralized ledger that records transactions across a network. These blocks are linked together to form a “chain.” That is why the term “blockchain” was invented.

A miner in the Bitcoin network has one goal: to add blocks to the blockchain using complex mathematical problems. Only the first person to crack all codes can authorize a transaction. The service allows miners to earn small amounts in cryptocurrency. After the miner has solved the mathematical problem and verified the transaction, the data is added to the public ledger.

There are many requirements for the actual mining process due to the inherent difficulty of mining bitcoins.

Bitcoin mining is very complex and requires a lot of processing power. The processing power of the computer is directly proportional to its mining speed and profit. If a computer produces too few Bitcoins, it could be slow.

You can mine Bitcoins with any computer that has a processor, memory, RAM, and storage. The most crucial requirement and only difference is the graphics processing unit (GPU) or video card. If you want to mine Bitcoin, a high-performance GPU is essential.

The blockchain acts as the bitcoin network, and people often send Bitcoins over it. For example, suppose you bought a DVD player for a set price from someone, and it is necessary to verify and record the transaction. The network collects all transactions within a specified period and places them on a list. That is known as a block.

The job of a miner is to verify the accuracy of transactions and then write them into a general ledger. That results in a detailed record and confirmation of every transaction that occurs on the network.

What is a Mining Pool & How Does it operate?

A Bitcoin mining pool consists of users who have agreed to collaborate to validate Bitcoin transactions. It allows miners to combine their computational capabilities to increase their chances to find and mine blocks on a cryptocurrency blockchain. If a pool of miners succeeds, the reward will be distributed to all the members in proportion to the resources that they have contributed.

Although most crypto mining apps include a mining pool, many crypto enthusiasts can now join online to create their own. Furthermore, because different pools have different rewards, miners can freely change their pools whenever they wish.

Official crypto mining pools are considered more reliable by miners, who receive frequent updates from their host companies and technical support. Therefore, miners can look for different mining pool options based on their reliability and profitability and the coin they wish to mine.

How to start mining Bitcoin

Bitcoin mining can still be done, even though it's extremely difficult and not always profitable. You will get the best results by joining a pool. Here are the steps to start Bitcoin mining.

Your primary expenses will be electricity and mining equipment. The volatile Bitcoin price will determine how much profit you make.

You have only one option: buy an Application-Specific Integrated Circuit, also known as an ASIC. These devices cannot mine Bitcoin but are very efficient in doing so. When purchasing a Bitcoin mining machine, there are two main considerations. One is the electricity consumed in watts. Therefore, the device that produces the most hashes of two devices will make more profit.

The cost per unit of each device is the third measure. It doesn't make sense to have the most efficient ASIC in the world if it takes ten years to pay back via mining.

Next is a platform that allows you to access the blockchain and manage your mining. There are many popular Bitcoin miner software options, depending on which equipment you choose. A host computer must be able to run the standard bitcoin client and the mining software if GPUs and FPGAs are used.

After you have mined Bitcoins, you will need to keep them safe. A “Bitcoin wallet” is a place where you can store them. Although you can use digital wallets to store bitcoins in the “cloud”, they are often targeted by cybercriminals. An offline wallet stores bitcoins in an isolated device, providing additional security.

A mining pool gives you the best chance of success.

After completing the previous steps, it's possible to start mining. While this is a passive venture, you should still regularly check the equipment to ensure it works properly.

Beyond legality concerns, bitcoin mining could also be subject to other risks. That includes excessive energy usage, which could have adverse environmental effects and regulatory or security risks.

Because mining Bitcoin takes so much power and electricity — the hash rate for Bitcoin this year has been at record highs — mining's environmental impact has been closely scrutinized. Last spring, this issue became a major topic after a well-known auto manufacturer declined to accept bitcoin due to its potential environmental consequences.

There are security issues associated with being part of a global decentralized, unregulated system. In some cases, Bitcoin software could make personal devices more vulnerable. It may be possible if you are part of a mining pool.

Bitcoin's legality has become more complicated due to the fluctuating cryptocurrency regulations across the world.  It's used for certain purchases and payments, but not others.

Another factor that fluctuates constantly is the value of Bitcoin and other cryptocurrencies. A decade ago, investors were largely relying on crypto's generally upward trajectory. However, recent volatility in its value has shown that it isn't something investors can depend on.

People love digital money. In the age of e-Commerce, many people don’t want or need to deal with the hassles of cash and coins. Bitcoin mining is an attractive alternative to the traditional central systems in use today. Bitcoin mining may be a lucrative opportunity for digital currency makers. However, it needs an adequate infrastructure to function.

Even though there are many hurdles, learning to mine Bitcoin remains an interesting and lucrative option. You can verify enough transactions to obtain actual Bitcoin tokens with the right equipment. I hope this article on Guide for Mining Bitcoin: Understand How It Works helped you understand bitcoin mining. 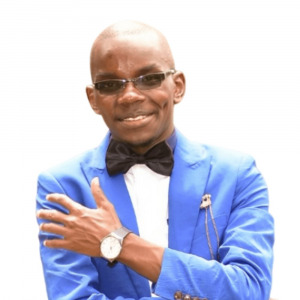 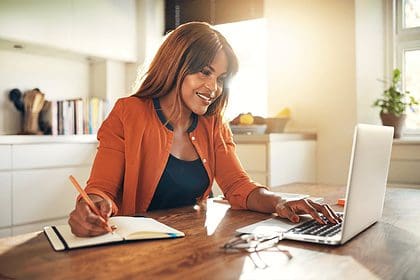 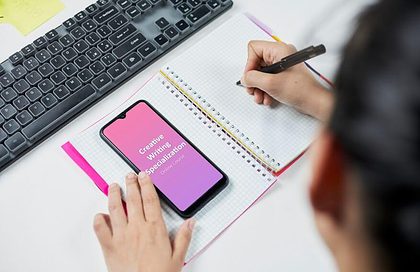 9 Free Online Courses to Earn Money From Home in 2022

How to Invest in Precious Metals & Why You Should Do It

Why Investing in Real Estate in 2022 is a Smart Decision?

Want to Invest In Coffee Stocks? Here’s the Ultimate Guide